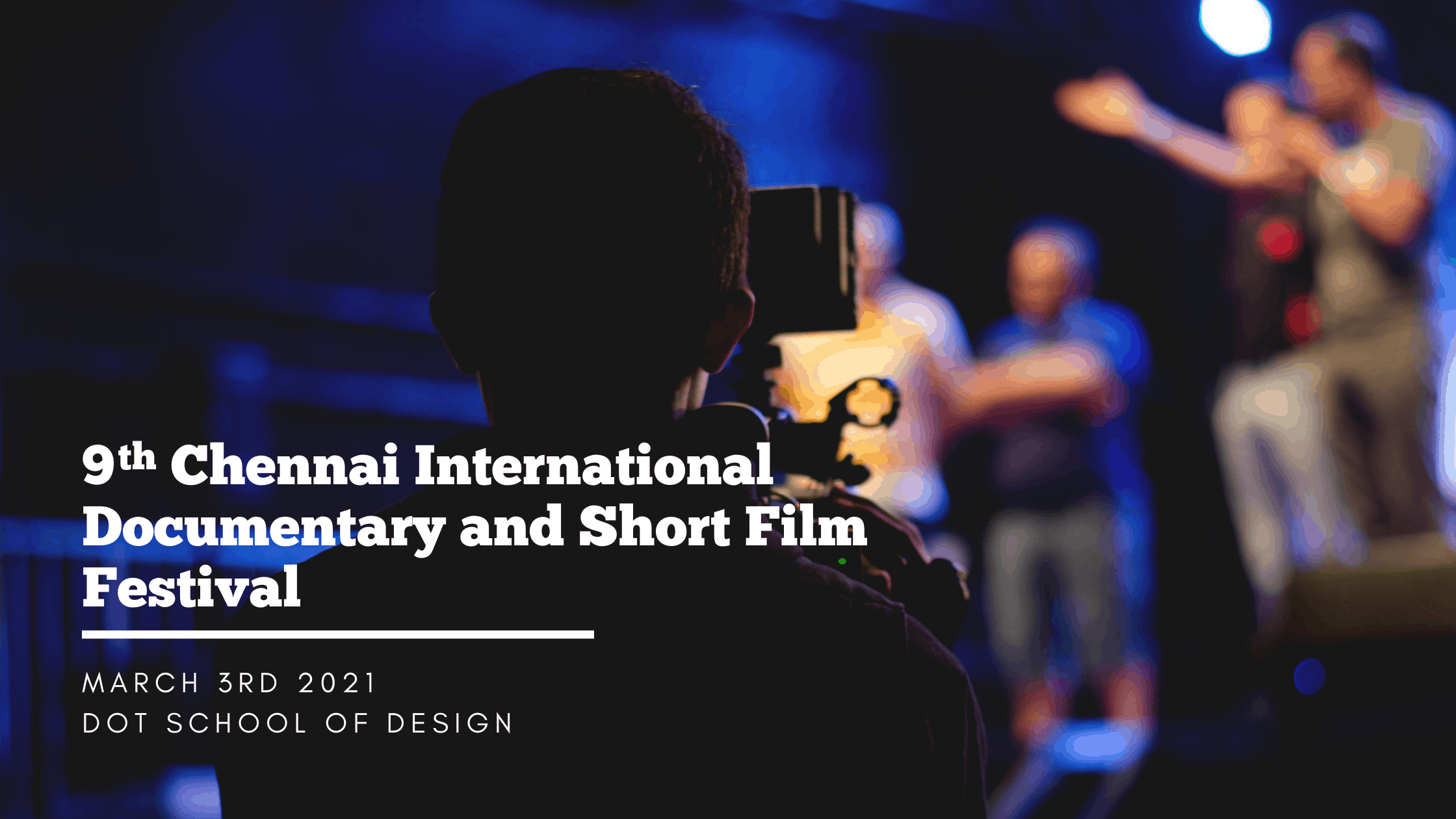 Dot School of Design in association with Marupakkam organization, hosted the Annual Chennai International Documentary & Short Film Festival on the 3of March, 2021. Chennai International Short Film Festival (CISFF) is a popular event which is anticipated eagerly by film enthusiasts every year. With over a thousand short films screened across 8 years, our institution is proud to having played a part in the successful completion of the 9 instalment of this event.

The event was coordinated by Mr. Amudhan R.P. who is an advisor at our institute.  He is a documentary film-maker and media activist. He is also the founder and an active organizer of Madurai International Documentary and Short Film Festival since 1998.

Chief Guest, Mr. Trotsky Marudu, is a contemporary artist known for line drawing, animation, storyboard and computer graphics. Mr. Marudu has also worked as Art Director and VFX creative director for many films and is a pioneer in digital painting.

The first screening started with a documentary film titled “Sharamjeevi” directed by Mr. Tarun Bhartiya. The movie beautifully chronicles the hopes and hardships of working-class people of Kapasehra Village in Delhi. Mr.Tarun brave narrative portrays the life & struggles of migrants of Northern India.  After the screening, an interactive session commenced with the associate producer of Sharamjeevi, Mr.Hymanshu Singh and trade unionist, Ms.Sujata Mody.

The second screening began around 12p.m. with the documentary film titled ‘Far from the Madding Crowd’ by director Abeer Khan. Albeit the title being inspired from the Thomas Hardy novel of the same name, the plot revolves around a man running amok in Mumbai rains. The documentary film honestly illustrates the madness behind solitary living in a world that’s already over populated.

Post which, the third documentary titled “Quarantine”, by director Mr. Alisher Zhadigerov, was screened. This documentary displayed the importance of quarantine in defeating corona virus from the perspective of a hedgehog that went for a walk instead of obliging the quarantine regime. Later, a Marathi short film titled “Prashna”, by director Santhosh Ram was showcased which portrayed the plight of migration workers in our country. The final screening began by 3.50pm with a short film titled “Stains” directed by Rhea Mathews. This movie begets a conversation on the culturally controversial topic of menstrual blood stain and the stigma around it. This was a beautiful movie which resonated with everyone and made them re-evaluate their relationship with blood and pain.

The event concluded with the audience taking away, not just the experience of viewing these movies, but also the social messages each of these movies conveyed. It was a memorable event for the participants, especially the students and faculty of DOT School of Design for having hosted the 9th Chennai International Documentary and Short Film Festival 2021 Day 1.