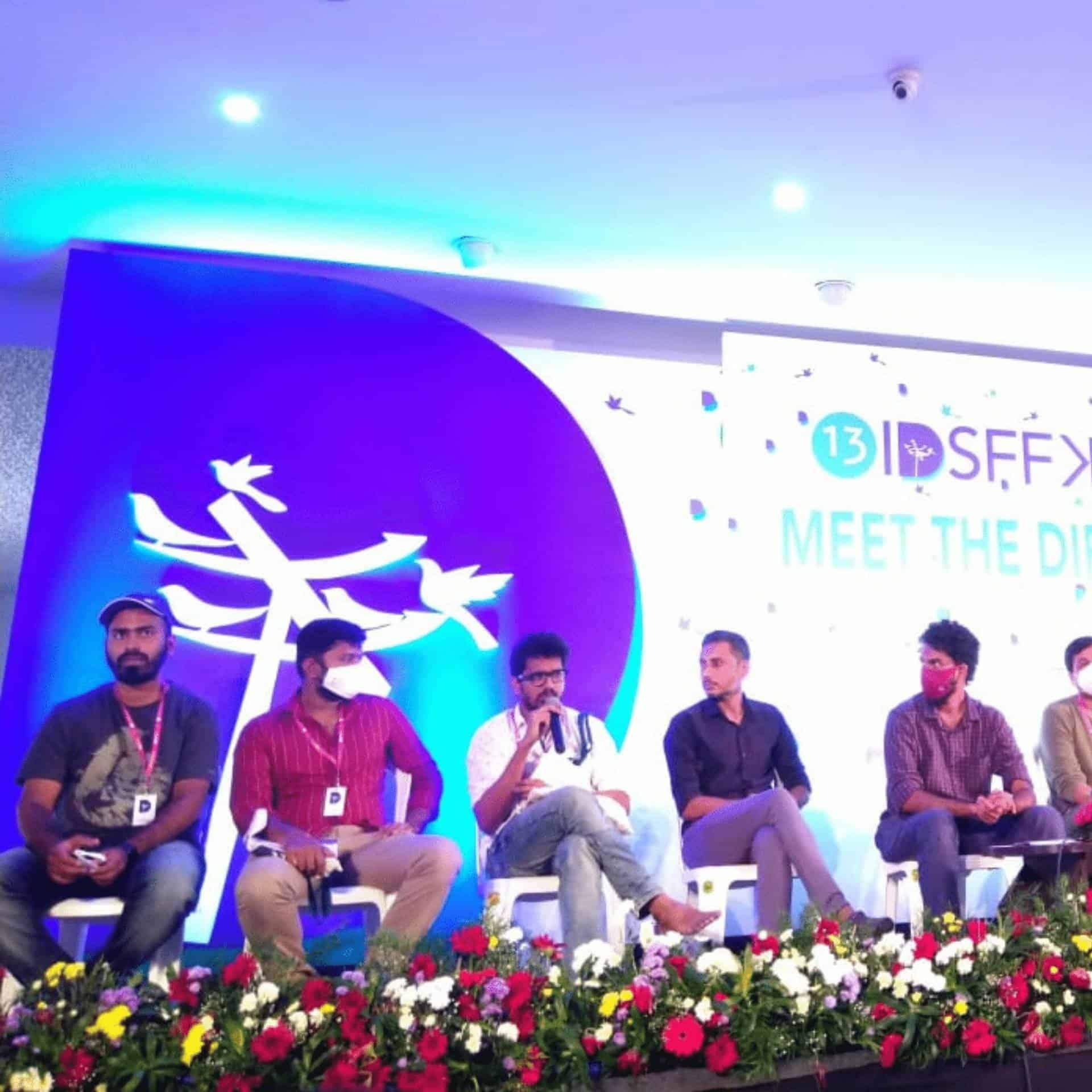 Mr.R. Navaneetha Krishnan,  faculty of Communication Design at Dot School of Design had his film “Kadhaigalai Vizhungum Minkambangal” screened in the  International Documentary and Short Film Festival of Kerala (IDSFFK). The film festival is managed by the Government of Kerala under Kerala State Chalachitra Academy. With well-established jury members including various international filmmakers, this festival recognizes and awards films that display exemplary aesthetic and political sensibilities. Mr. Navaneetha Krishnan is an independent art practitioner from Madurai with film education from Film and Television Institute of India, Pune. His interest lies in a practice that is a ground for both art and research. “Kadhaigalai Vizhungum Minkambangal” is his diploma project from FTII, Pune

The questions around the contradiction between modernity and tradition have always informed his practice. His earlier works too delve into the anxieties of people from traditional belief systems living in modern society. His works take elements from indigenous aesthetic forms for their formal inspiration. He believes that there is no clear demarcation between modernity and tradition as two distinct temporal realms. Rather “modernity” and “tradition” weave into each other to create a fabric of reality forged through constant interaction and contradictions. His works follow this approach where linear temporality formed by rigid causal structures are discarded for a much fluid flow of time. The issues around “caste” and “developmental projects” are thus approached as symptoms of these contradictions underlying our societal reality.

Mr. Navaneetha Krishnan’s film “Kadhaigalai Vizhungum Minkambangal” translates to  “ Electric Towers That Swallow Stories” in English. The film was screened in the competition short fiction category in IDSFFK. The story explores the fear and anxiety that surfaces when people from a traditional society encounter a man sent on a government project. The narrative structure is a web of these stories and myths. The viewer is allowed to form a narration by associating the montage of images. The narration provides ambiguities that act as avenues for the viewer’s imagination to work through.  The film takes as its inspiration, the myths and stories part of various indigenous knowledge systems. Mr.Navaneethan in his film also explores the relationship between people and landscape and the way stories and myths originating from a landscape informs the worldview of the people. The film attempts to foreground the contradictions rather than attacking modernity and taking a traditionalist position.