Artificial intelligence for the future. 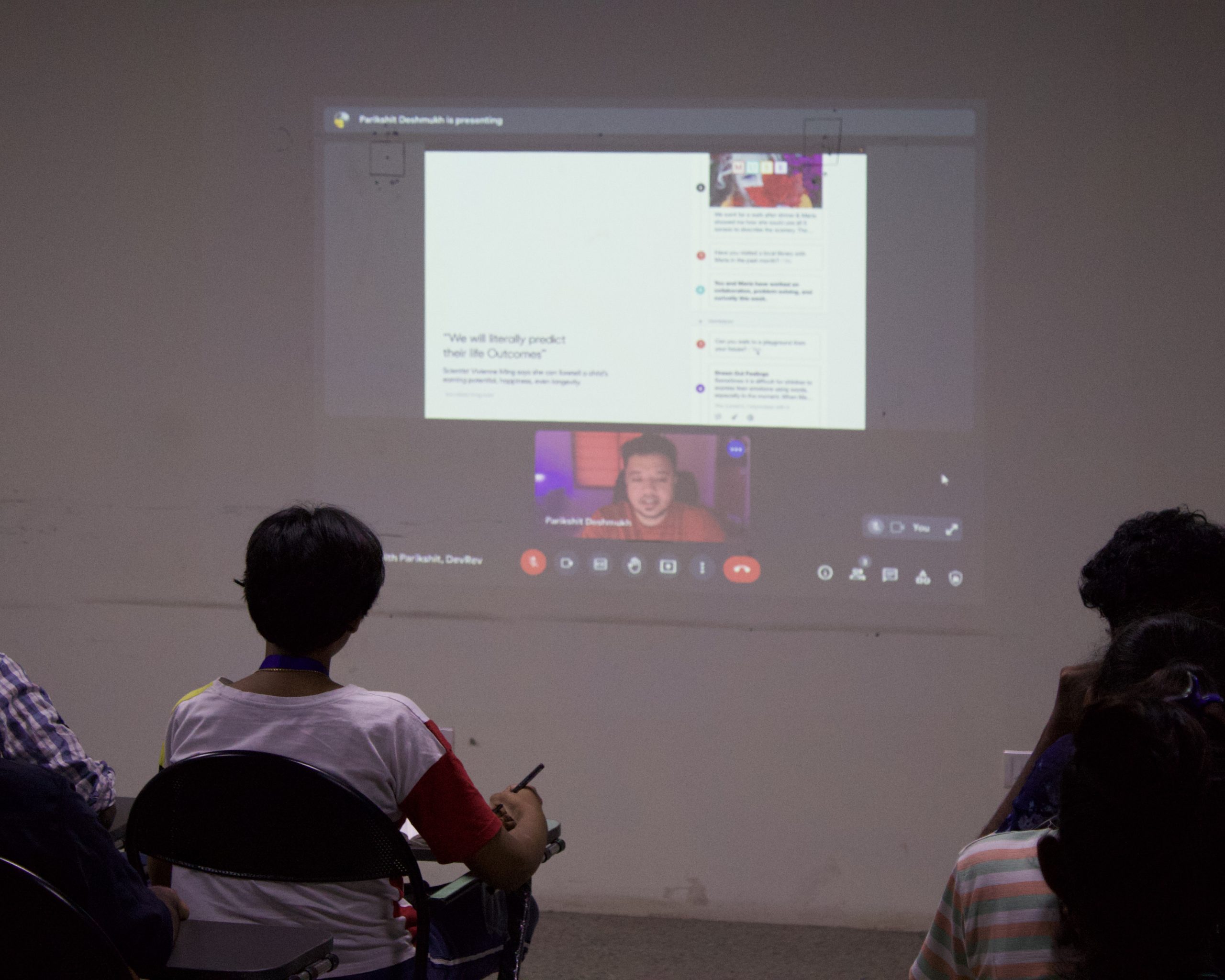 Does artificial intelligence necessitate the use of designers? The answers to a couple of these queries were addressed by Parikshit Deshmukh, “A Designer who loves to create simple, efficient and delightful experiences ". He is a UX designer who specializes in Artificial Intelligence in the Enterprise Space after working as an architect. Parikshit is currently working as design lead at DevRev. Designers can create designs faster and for less money because of Artificial Intelligence's increasing speed and efficiency. Artificial intelligence's biggest strength will be the speed with which it can analyze massive amounts of data and give design recommendations.

A designer can cherry-pick and accept updates based on the data, and Parikshit utilized the example of elegant number plates used in India to simplify this concept for this student. Parikshit, who works as an AI designer, was able to clarify the key points to remember in order to be a more effective designer. He went over the four different qualities that an artificial intelligence designer must possess. Being useful stands out as the most important quality, and he uses an example to demonstrate how being useful may help us uncover problems and eliminate human errors.

By giving this example to prove his claim, Sea Hero Quest is a smartphone game that contributes to research in identifying Alzheimer's sufferers in the country. Parikshit instilled in the young brains the value of being a valuable designer.

For example, when a user first starts searching, Google offers very limited suggestions. As the artificial intelligence learns more about the user, it begins to understand their needs and offers suggestions in a gentle manner and as the user becomes more comfortable with AI, it begins to confidently offer suggestions and autofill. This entire process can be summarized as crawling, which is searching, followed by walking, which is suggestions, and lastly running, which is auto filling. Being transparent is just adding more importance to be graceful.

The ability to delight is the second most important trait of an AI designer. Always remember to keep in mind when creating to facilitate and comprehend the users' unspoken desires. This can be seen in Google's example of triggering nostalgia in its customers by displaying photo notifications. Google also notifies you if you're watching on mute, and these features pleasure consumers by turning the system into a buddy, which is the goal of artificial intelligence.

The importance of being mindful is the next crucial factor to consider. It is critical for a designer to be mindful while designing in order to maintain their ethics of including a touch of human understanding into the design. He built on this concept by using the significant increase in Uber prices following the terrorist attack.

Students participated in a post-discussion Q&A session. They posed a number of intriguing questions, such as how a designer can overcome situations in which AI is equally responsible. Understanding the students' expertise, Parikshit emphasized that any scenario may be overcome by examining these four design parameters for artificial intelligence.

The students were exposed to new ideas about intelligence design as the session came to a close with a lively debate. The enthusiasm of both the speaker and the students helped to make this a memorable occasion.